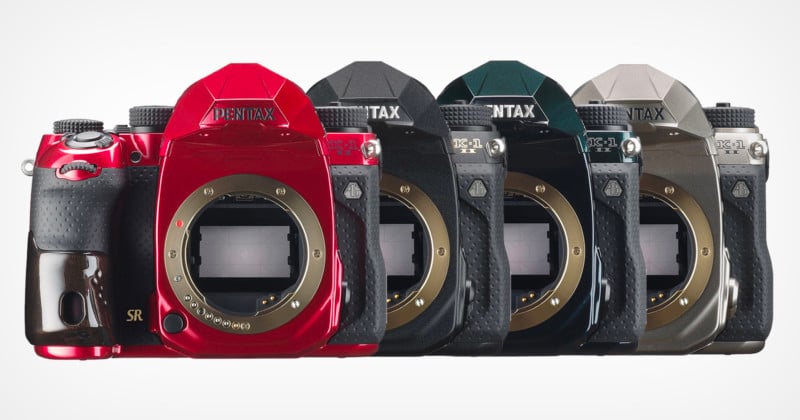 Along with the Limited Lens series announced yesterday, Pentax has additionally up to date its lens roadmap to incorporate 4 extra optics in addition to launched a set of K-1 Mark II recolors for Japan.

Pentax printed two lens roadmaps, one for all Okay-Mount lenses and one for particularly lenses which are appropriate with 35mm Full-Body format cameras. The total Okay-Mount lens lineup introduces 4 whole lenses which are slated for 2021 or later (Pentax states that the roadmap might change with out discover): the HD Pentax-DA Star-Collection 16-50mm f/2.eight ED PLM AW, the HD Pentax-D FA 21mm Limited, and a telephoto zoom lens and enormous aperture wide-angle prime lens, each of unspecified focal lengths. 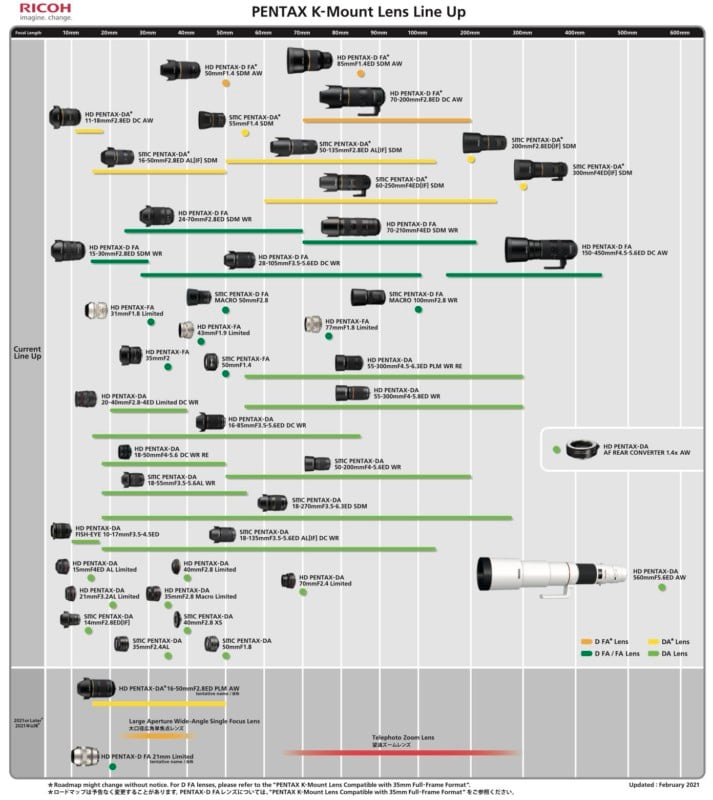 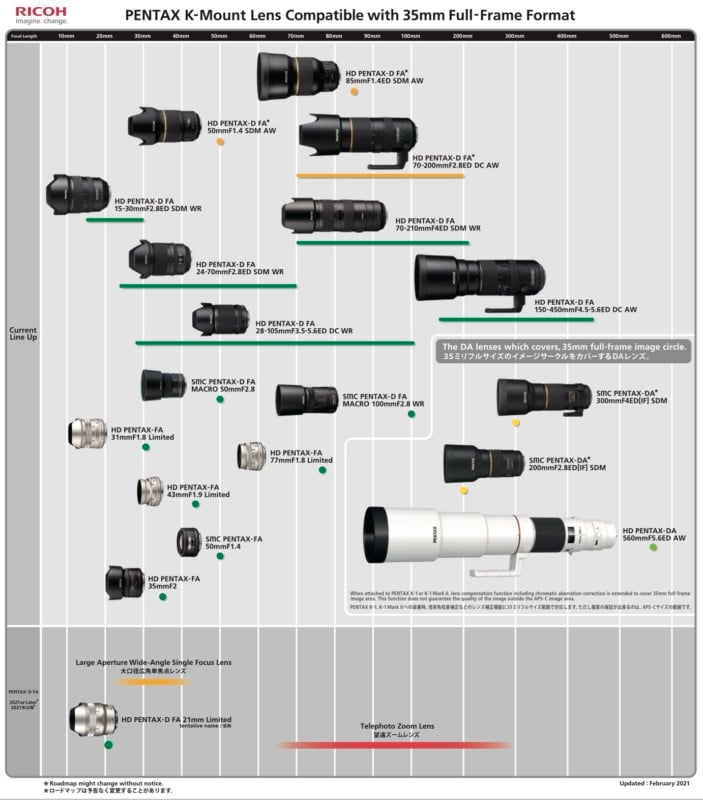 Along with updating its roadmap, Pentax/Ricoh additionally introduced that the K-1 Mark II would get a visible replace within the type of 4 new colours: Black & Gold, Viridian, Scarlet Rouge, and LX75 Metallic. The K-1 Mark II J Limited 01 DSLRs are to this point solely introduced for Japan (the earlier J Limited model was additionally solely obtainable in Japan) and have eye-catching recolors of the digicam that was originally announced in 2018 and launched within the Spring of that yr. 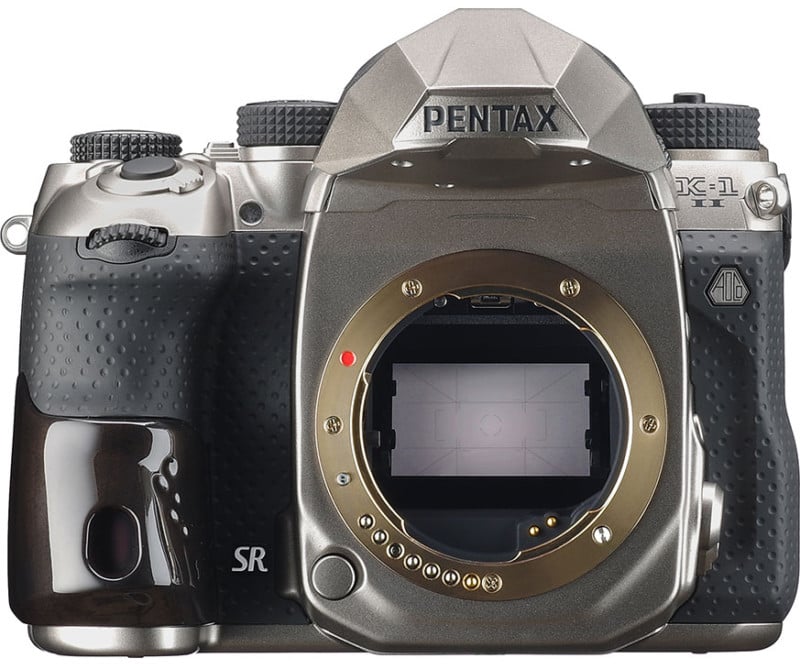 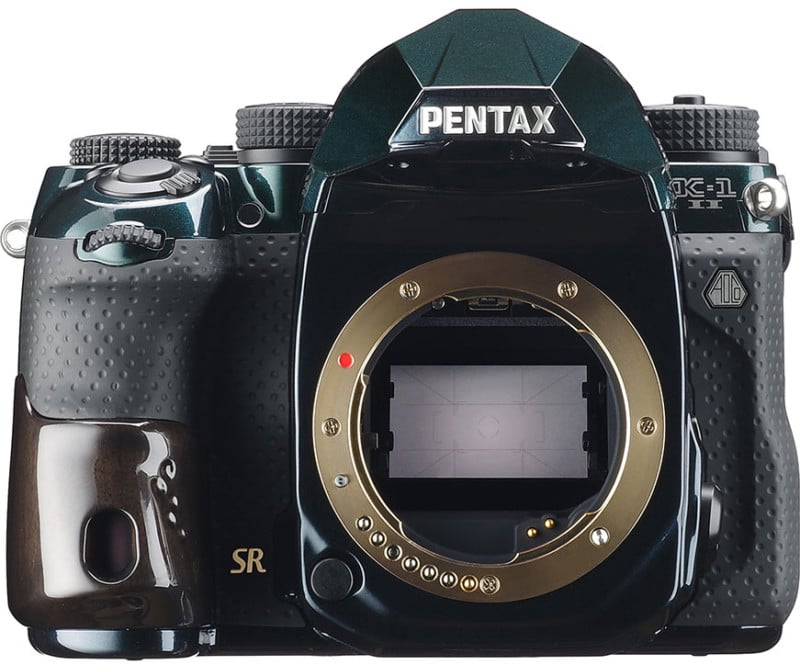 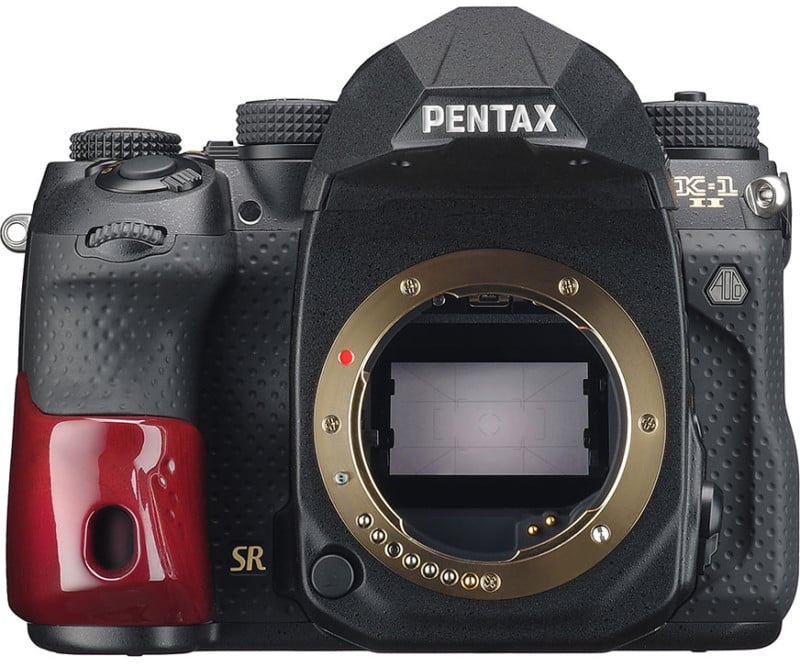 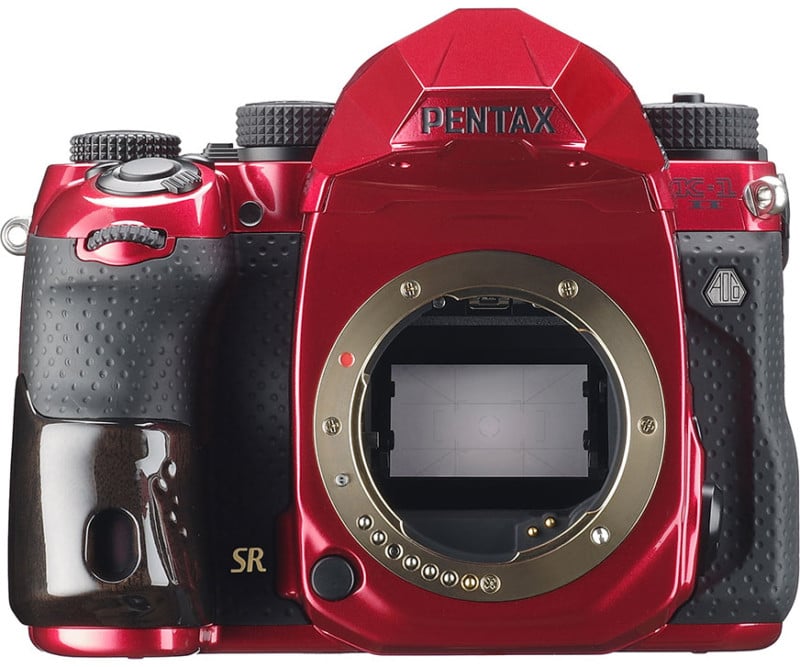 “This product was developed primarily based on the “PENTAX K-1 Mark II”, which is the highest-end mannequin of the Okay collection 35mm full-size digital SLR digicam,” Pentax writes. “With a view to deepen the attachment to the digicam, which is a private software, now we have carried out high-quality, labor-intensive processing, particular colour portray, elements change, and many others., that are unattainable in mass manufacturing, and every one is made to order. It’s a particular mannequin that has been commercialized as a manufacturing facility customized mannequin that’s rigorously assembled and delivered.”

No particular value was talked about (it’s said as “open value”) for the J Limited 01 recolors, however orders positioned by March 21 will probably be delivered by April 30.

Ricoh has additionally introduced that the Theta Z1 has been discontinued, and a brand new mannequin will probably be introduced by the tip of March.

These bulletins have been clearly meant to intensify Pentax’s primary occasion announcement which was alleged to be the Okay-3 Mark III. The corporate’s forthcoming APS-C flagship DSLR was sadly delayed indefinitely last week due to parts shortages. Ricoh / Pentax haven’t said a brand new timeline for the digicam’s launch.

(by way of Photo Rumors and Pentax Rumors)